First American Financial Corp. agreed to a settlement with the Securities and Exchange Commission for failures in disclosure controls and procedures of cybersecurity vulnerabilities.

According to the SEC order, First American’s file-sharing application leaked over 800 million images, including bank account numbers and statements, mortgage and tax records, Social Security numbers, wire transaction receipts, and driver licenses. First American agreed to a $487,616 settlement for violations related to a vulnerability in its EaglePro application.

Yes, you read that correctly. To place the settlement in context, First American and its insurance subsidiaries held the second-largest market share in the title insurance industry, approximately 27% market share as of August 2017, according to Fitch Ratings.

This data is valuable “and it needs to be protected to the level of that value,” he added. “The amount of the perceived fine will dictate how much an organization is willing to invest in preventing the loss.”

If NYDFS Doesn’t Get You, the SEC Will… Sort Of.

First American’s insurance subsidiary was the first company to face charges of the New York State Department of Financial Services’ Cybersecurity Regulation violations in July 2020. The case with NYSDFS is ongoing.

Brian Krebs, an investigative cybersecurity journalist, first reported the exposed transaction images in May 2019. He called the settlement “farcical” in a recent blog after the settlement announcement.

The SEC “appears to have taken care to be thoughtful in not second-guessing good faith decisions about whether to disclose security vulnerabilities,” King & Spalding LLP partner Bill Johnson told SecureDisruptions.

At a May 2018 Congressional hearing, former SEC Enforcement co-directors Stephanie Avakian and Steven Peikin noted the challenges of disclosing cyberattacks. The officials expressed a hesitation to “second-guess good-faith disclosure decisions,” although they warned that some circumstances warrant enforcement actions.

Sharpe noted the limitations of regulatory reluctance to “second-guess” disclosure decisions. “They’re not Monday morning quarterbacking it,” he said. “They’re judging the result.”

Johnson, a former Enforcement Division attorney at the regulator, said the settlement is consistent with the 2018 guidance and other public statements by SEC officials, “all of which emphasized the need for company employees with knowledge of security vulnerabilities to share that information with those responsible for making SEC disclosures.” 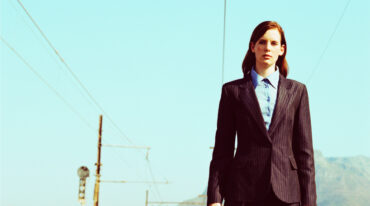 Python Programming: Everything You Need to Know